Go On A Diet (with bonus tracks) 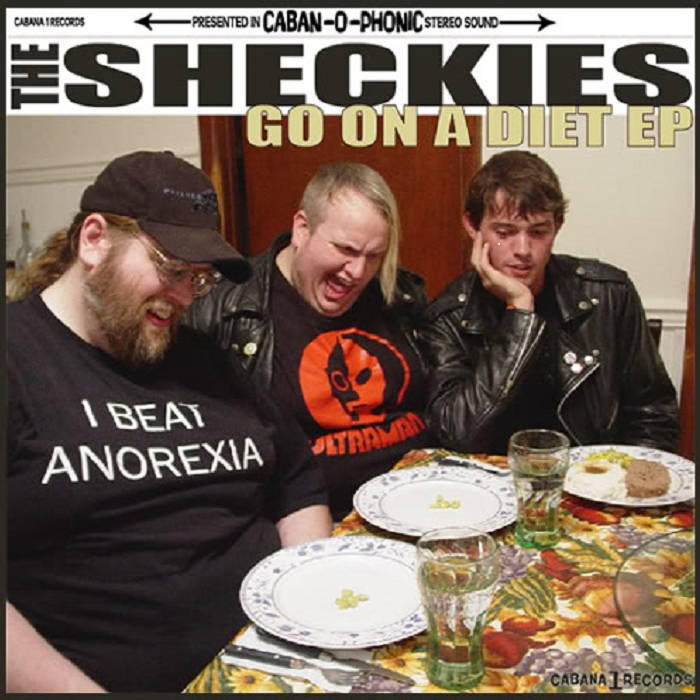 Shyo Hartsell 2nd time getting this album, but god damn its worth it!!!! Some of the most fun and frenetic punk available!!!! DO IT DO IT NEW JERSEY!!!! Favorite track: Sorry So Cyco.

Our Cabana 1 Records recordings are back in our control so it's time for a proper Bandcamp release! Along with the often asked for "Go On A Diet" EP we're also including our 4 songs from "Summer Sounds". Also included is our take of Holly Jolly Christmas from Cashing In On Christmas. Vol. 2 as well as 2 rare songs from a fan bootleg and our interview/live set at WYBF Studios from November of 2006.

Track 12 from "Cashing In On Christmas, Volume 2" originally released by Black Hole Records 11/27/10 (recorded by a dude named Bill at a studio in Wildwood, NJ 8/19/10 - can't believe I didn't keep better notes on this one!)

Tracks 13 & 14: These 2 rare songs from the early days were never properly recorded in the studio, but it's the only recordings we have of them so prepare your bootleg ears! They come from the fan bootleg "Sheckies Snotty Weekend" (Live at Middle Township Rec Center, CMCH, NJ 10/14/06 - recorded by Sheckie Kid Matt)

The Sheckies Cape May, New Jersey

The Sheckies formed in February 2004. Their name is taken from a character in the movie, “It Came From Hollywood.”

Heavily influenced by The Ramones and many of today’s Pop Punk artists, The Sheckies are in the forefront of the “Pogo Punk” movement.

Bandcamp Daily  your guide to the world of Bandcamp